Amplifying #BIPOC voices and stories within the #filmmaking world is the whole reason why women like #kimishareneedavis and I do what we do.

It was after emceeing the Post Production stage at #NABShow in 2018 (for an entire week) that I realized how few women had the opportunity to speak on panels or get on the mic. It was there that I met #GALSNGEAR founder Amy DeLouise and felt that I had found my tribe ❤

When I returned, I started using the #femalefilmmakerfriday hashtag to connect & find other women in film and that’s how I found Kimisha! We would then later meet coincidentally in Oct 2018 while doing camera prep at Abelcine, where she was also interning. We continued to see and support each other at filmmaking events as we were most often the only other woman of color in the room.

Womens History Month, I decided I wanted to see change, and launched my second YouTube channel, focusing on all the things I do BEHIND the camera as a way to connect with more women #directors, #DPs, #1stAC, #2ndAC, #gaffers, #audiophiles, #vfxartist, #editors, #cinematographers and start telling our stories.

I told Kimisha to come to #NABShow and to let me interview her for a 1 minute spot to broadcast on #NABShowLive on Broadcast Beat for #GALSNGEAR and THIS is that interview. I wanted to repost it with some added visuals to continue amplifying important Black Voices in our community.

Turn Your DSLR Into a High-Quality Webcam With This Device! 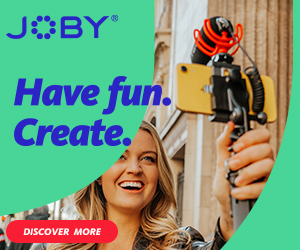 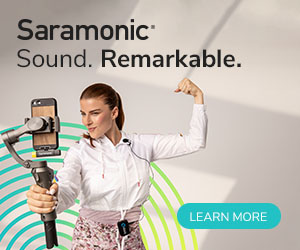 Let’s stay in touch!
Subscribe to our newsletter
so you never miss out on
deals, tutorials, or
the latest updates.